The Hutton Rail Project has been defined as a consequence of a successful Rail & Port study commissioned in late 2016 and completed in early 2017 by Balance Advisory for Valiant.

The map below identifies the preferred rail alignment to bring the Hutton Coking Coal Project to market.

In addition to the study of the primary alignment that can service multiple mines (Valiant owned or otherwise), the study also considered two potential spur line extensions that would open up the Surat Basin and other major key projects in the region. 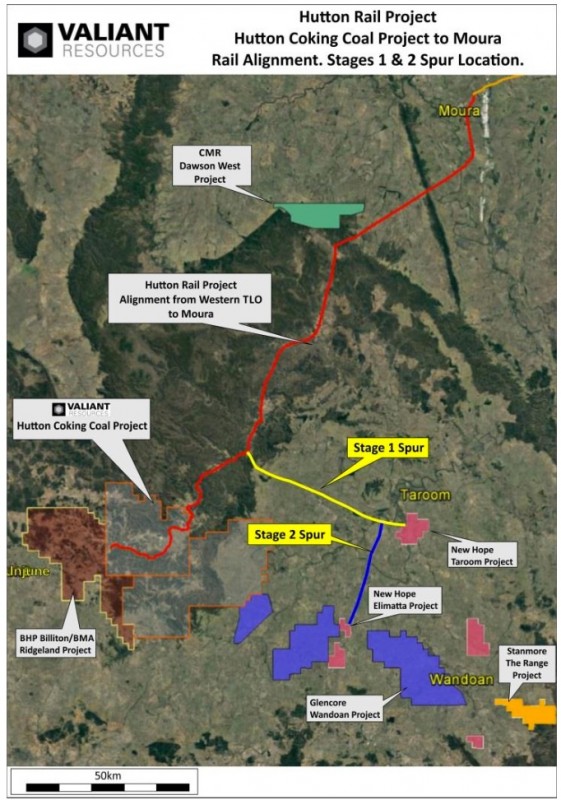 Should the Surat Basin Rail Project move ahead, it remains an alternative rail transport option to bring Valiant’s coal product to market for the Hutton Coking Coal Project. The Hutton Rail Project however would unlock additional value and present a more direct transport solution for Valiant. It is also a multi-user asset and would through future spur lines, also provide transport options for additional key regional projects as well. 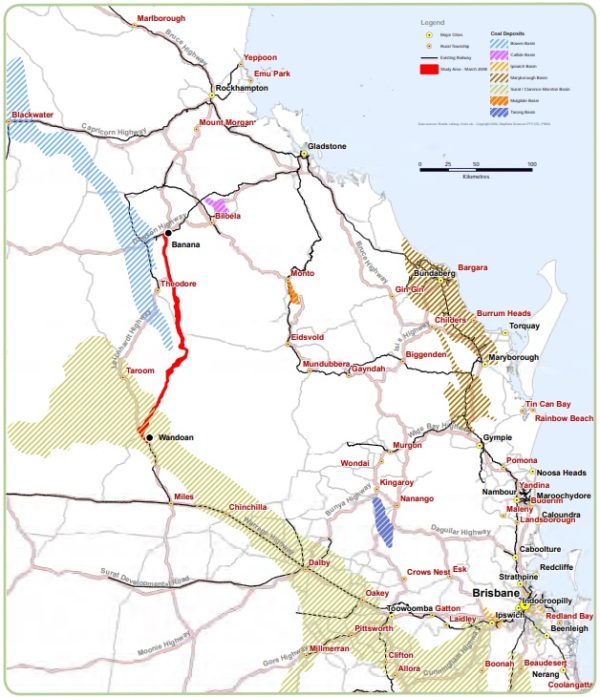 Valiant updates available on by clicking below